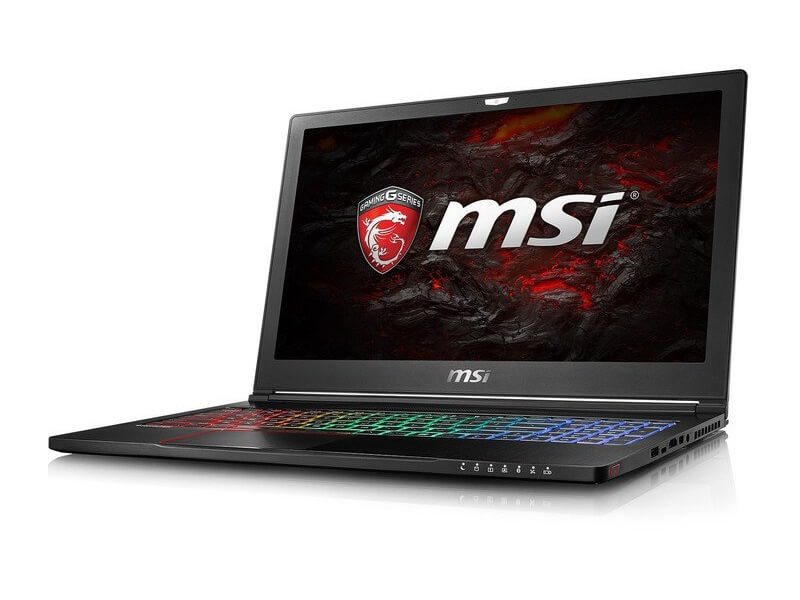 Now that we’ve gotten all the talk about the notebook’s looks and design out of the way, let’s talk about the main point of interest of the GS63VR: its performance.

To benchmark this machine, we subjected it to following synthetic benchmarks and games:

There was one other thing that we did before proceeding with the benchmarks, and that was to overclock the GeForce GTX 1060 inside the GS63VR. You read that right: as the new Pascal GPUs are the same as the full-sized desktop GPU, they can essentially be overclocked to run at higher clock speeds. In this instance, we used MSI’s own Afterburner overclocking tool and overclocked the card by an additional 125MHz on its core clock, and by an additional 200MHz on its memory clock speed.

As it did when we first caught a glimpse of the notebook back in Bangkok, the GS63VR’s performance fell well within our expectations. Surprisingly, the overclocking that we applied didn’t seem to have any effects on the performance before we overclocked it, and even shares similar scores to the ILLEGEAR S5, another gaming notebook that we also recently reviewed.

For a notebook of this category to be able to achieve these sort of scores on its synthetic benchmarks is nothing short of extraordinary.

To be frank, we actually had no reason to believe that the GS63VR would perform badly on this benchmark, and the scores actually prove it. Intel’s new Core i7-6700HQ CPU is definitely no slouch when it comes to handling the multiple video encodings and text processing that it had to do in the tests.

Unigine Heaven may be getting on a bit in its age, but it’s still a very reliable benchmark that can still stress out a GPU, and it automatically scales its resolution based on the display being used. To that end, the GS63VR performed beautifully on this benchmark, attaining a very high average 77 fps throughout the benchmark, the highest that we’ve seen so far on a slim form-factor gaming notebook with a single GPU configuration.

Our synthetic benchmarks notwithstanding, we wanted to see how well the GS63VR actually performed in a real-world scenario. So, we set the notebook loose on a list of our chosen triple-A titles which, as we had already listed earlier, were Deus Ex: Mankind Divided, Doom, Dragon Age: Inquisition, Far Cry 4, Rise of the Tomb Raider, and The Witcher 3: Wild Hunt.

This is an amazing feat, especially when you remember than nearly a year ago, gaming notebooks in the same category as the GS63VR could only hope to achieve half of these average frame rates.

Of course, it should be pointed out that if you’re gaming on the notebook’s battery, the system’s frame rates drops significantly until you plug the notebook back to the wall. That being said, we did manage to get a near hour of solid gaming out of the notebook while on battery, but that came at a price of lowering the display’s brightness, along with the overall graphics settings of our game title (we left them at medium).

Speaking of battery life, we found during our testing that the GS63VR’s battery life expectancy borders more or less on the line of decent, yet slightly unimpressive.

As we mentioned before, it was pretty much able to give us approximately an hour of playing The Witcher 3: Wild Hunt or Deus Ex: Mankind Divided with just its battery, and that was with both of its graphics settings brought down a couple of pegs. As further proof of that, the battery test on PCMark 8 only logged in one hour and 25 minutes of continuous running on the battery.

Impressive actually kicks in when we decided to just use it as our daily driver: typing out reviews and reports, watching the occasional YouTube video or movie, and replying emails on it, but no gaming. On top of that, we dimmed down the display’s brightness level between 10 and 20 percent, depending on our location.

As a result, we were actually able to get slightly more than four hours out of the GS63VR, which is more or less about the same as some of today’s notebooks that favor stamina over power.

It’s very rare for us to genuinely get excited over a notebook, but MSI’s GS63VR is one of the first notebooks that does exactly that.

Compared to portable gaming machines of yore, it’s the first notebook of its category that actually ticks off all the right boxes. It comes in a clean and slim, machine-cut metallic alloy chassis, weighs in at just 1.8kg, and more importantly, it’s built with some of the latest components that money has to offer.

The 15.6-inch form factor and Full HD display is absolutely brilliant, and it’s a feature that the NVIDIA GeForce GTX 1060 is capable taking full advantage of whenever games are involved. MSI does have a variant with a 4K display for the GS73VR model, but considering that both models use the same discrete GPU, it’s all rather redundant, especially when you consider that the GeForce GTX 1060 was designed for Full HD gaming, and nothing more than 1,440p gaming at best.

The RGB LED SteelSeries keyboard is a nice bonus, and it’s an implementation that we can understand and get behind, what with it being a fad for almost all PC components having some sort of funky lighting attached to it.

To sum things up, the GS63VR would be flawless, but alas, the one caveat that holds back this notebook is the HDD, which only spins at 5,400 rpm. Granted, you could simply just swap it out yourself with a better and faster HDD or SSD, but then you’d void the warranty, so keep that fact in mind.

Nevertheless, at RM8,999, we can’t say that it’s the cheapest gaming notebook on the market, but considering the power and performance that this thing is able to churn out on all of our triple-A titles, this is definitely one of those products that’s really worth every sen.